The Canadian Press. Saturday Sep. 25, 2010
TORONTO — His father’s voice was silenced when he was killed in a bloody shooting last year, but Mexican anti-mining activist Jose Luis Abarca Montejo refuses to back down over the activities of Canadian mining companies in his state.

The son of Mariano Abarca Roblero, the community leader who spoke out against Calgary-based mining company Blackfire Exploration Ltd. and was gunned down in front of his home in Chicomuselo, Chiapas, is in Canada with a message.

“Canadian trans-national companies are corrupting Mexican authorities and contaminating the environment,” Abarca Montejo said in an interview in Toronto on Saturday.

Since his father’s murder, the younger Abarca has taken on a leadership role in his community’s fight against a Canadian mine he said is destroying the environment and creating divisions between neighbours.

Now embarking on a six-day Canadian tour, the 28-year-old law graduate is to make an appearance at a human rights conference organized by NDP MP Peter Julian, as well as meet with Canadian lawyers and anti-mining activists.

The trip was organized by Julian and some Canadian non-governmental organizations.

It’s Abarca Montejo’s first trip this far from home but one he felt compelled to do in his father’s memory.

“He continues to be a very special person for me,” Abarca Montejo said. “Very honest, loyal and more than anything a fighter… he taught me respect and to keep fighting.”

Part of Abarca Montejo’s visit is to show support for two Private Member Bills — Bill C-300 introduced by Liberal MP John McKay, and Bill C-354 introduced by NDP MP Peter Julian. Both have to do with enforcing accountability for Canadian companies overseas. 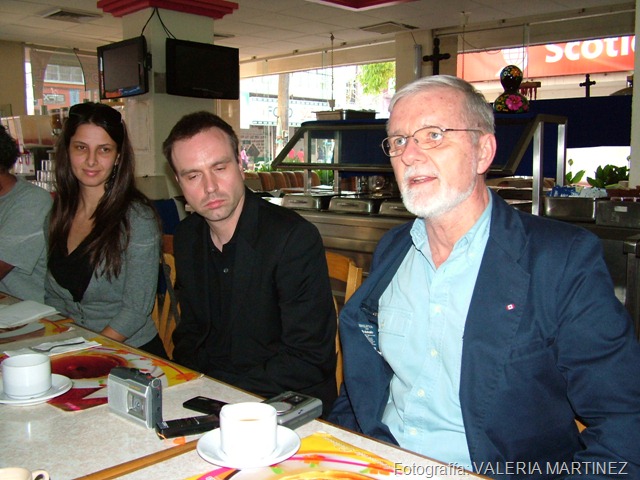 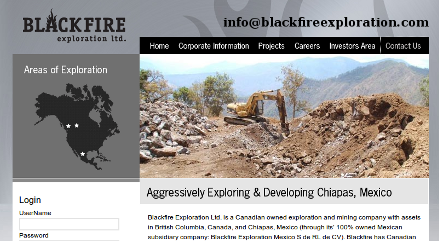 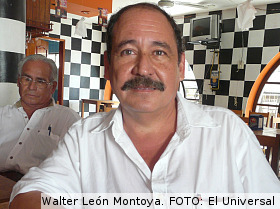 Mr. Investigator of the District Attorney:

MARIANO ABARCA ROBLERO, legal adult, residing on the third street north-east without a number, neighborhood of La Junta, Chicomuselo, Chiapas, with all due and deserved respect, appears in legal capacity to make known the following.

By way of this written declaration I come before you to request that you open an administrative record regarding the possible commission of criminal offenses and the crime of THREATS AND THOSE [CRIMES] THAT MAY RESULT which are anticipated and penalized by Article 227 and 228 of the active penal code in the State of Chiapas, by Mr. CIRO ROBLERO PEREZ and LUIS ANTONIO FLORES VILLATORO and those eventually responsible, the first [accused] has his known residence in the region [translator’s note: in Mexican Spanish the word is “ejido”, or commonly held land] of Nueva Morelia and the second in this town, for offenses which were committed against the undersigned, in this same town.

I base this ADMINISTRATIVE RECORD on the following events and legal considerations:

1.- I declare to you that I, the undersigned, am a resident of the Municipality of Chicomuselo, Chiapas, and on the 17 seventeenth day of August of the year 2009 two thousand nine I was arrested based on an accusation made by the mining company BLACK FIRE CORPORATION MEXICO and I was released on the 25 twenty-fifth of the same month and year, without the charges for which I was detained having been proven.

2.- When I returned to this town, I learned that the municipal officers of the Nueva Morelia region [“ejido”] of the Municipality of Chicomuselo, Chiapas, had opened a record, motivated by a complaint that had been made to them, the date of the 20 twentieth of August of 2009 two thousand nine, that Mr. CIRO ROBLERO had arrived to the municipal office saying that they had already gone to look for the undersigned MARIANO to do him harm [translator’s note: literally translated, the phrase is “break his mother to pieces”, a rude colloquialism], so that he would not continue to dissent against the mine in chicomuselo [sic], and that the undersigned and other people were already on the list of the business owners and of the manager of the mine, this last person being Mr. LUIS ANTONIO FLORES VILLATORO, WHO LIVES IN THIS TOWN and acts as the MANAGER OF PUBLIC RELATIONS OF THE MINING COMPANY BLACK FIRE, the company that is found operating the mine located in the San Ramón neighborhood in the Grecia region [“ejido”] in the Municipality of Chicomuselo, Chiapas.

3.- Regarding the arrest of the undersigned by the administrative authorities, I was released without having been found guilty of any crime. The arrest was because of the accusation made by the mining company, the same [company] which I am now aware wants to cause me harm, according to the comments of Mr. CIRO ROBLERO PEREZ which were conveyed in front of Mr. NESTOR VELASQUEZ ORTIZ, municipal agent of Nueva Morelia in this municipality, that I am on the list of the [Translators’ note: at this point the bottom lines of the first page of the original are not visible on the copy. The translation continues from the top of the second page of the original]

4.- I declare to you that I met with the president of the Commission of Communal Lands [“ejido”] of Nueva Morelia, Municipality of Chicomuselo, Chiapas, and he told me that there was a report that indicated that the mining company had threatened several people, that they had tried to run them over with their cars and there was talk of wanting to kill them. I requested a copy of the report, and I present an uncertified copy here in this report, requesting that the implicated authorities send official correspondence to the president of the Commission of Communal Lands of said region [“ejido”] HIPOLITO PEREZ PEREZ; and Mr. DIONICIO PEREZ GONZALEZ, who acts as president of the Supervisory Council of said region, so that they may present the original report, and after its comparison to the copy that I am presenting, have the document returned.

5.- In light of these events, I come to you so that you may hear the legal declarations of Mr. CIRO ROBLERO PEREZ and Mr. NESTOR VELAZQUEZ ORTIZ, so they may make their declarations regarding these threats, making clear to you that I have well-founded fear that they may cause me some harm because of the threats made against me.

IN LIGHT OF THE AFOREMENTIONED.

MR. DISTRICT ATTORNEY, I sincerely request of you:

FIRST: That my presentation within the provisions of this written [declaration] be duly noted, hereby appearing voluntarily to request that an administrative report be opened, and asking that your ratification of it be granted. [Translator’s note: this is a formal clause that appears in similar form at the close of many legal documents in Mexico.]

SECOND: That a timely appointment is made to hear the declarations of the people I mention, CIRO ROBLERO PEREZ and Mr. NESTOR VELASQUEZ ORTIZ, so that they can comment on the circumstances of the crime such as the time, place, manner of implementation, etc, so that it may be determined if the record here presented should be raised to a criminal investigation.

THIRD: That certified copy OF ALL ACTION TAKEN be forwarded at my expense.

PROTESTO MIS RESPETOS. [Translator’s note: A Mexican legal formalism declaring that what is presented here is the truth.]

I, Emily Carpenter, attest to my competence to translate from the Spanish language to the English language, and I declare that this is an accurate and complete translation made from a copy in Spanish. 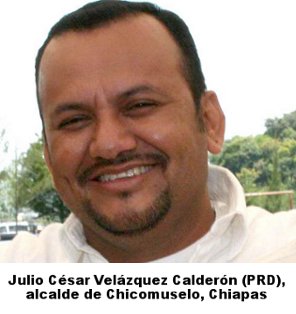 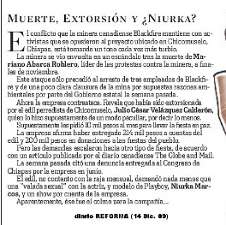 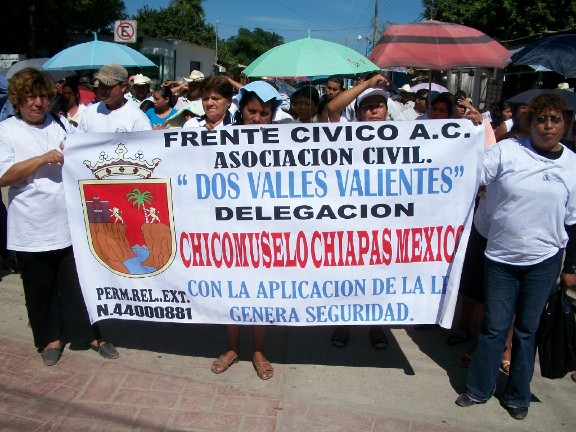 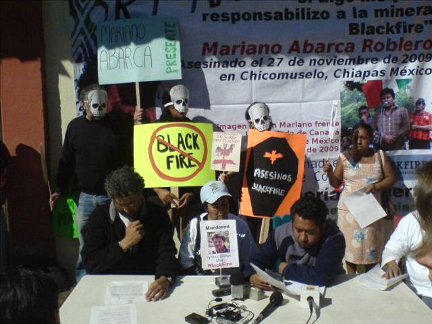 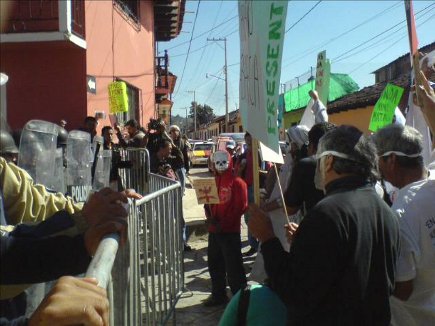 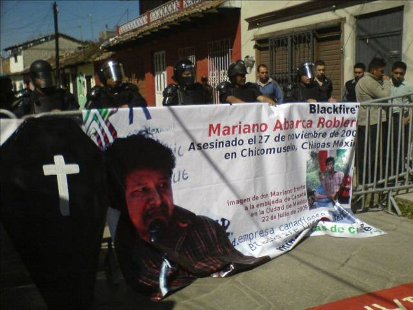